"But be doers of the word, and not hearers only, deceiving yourselves." -James 1:22

God has opened so many doors and opportunities for me in the past few weeks to share His Word with so many different people. One thing I have noticed and am trying to break away from as I get older and grow in my relationship with God, is how I put people into groups and stereotype based on his/her grouping.. My goal has been to tear down the stereotypes and view people as being created in the image of God rather than viewing them based on a few individual characteristic traits. It’s also interesting to see how other people’s view of me changes as I grow.

In the past few weeks I have transitioned into a new group. I have joined the group of those referred to as a “missionary.” I have been called a missionary more in the past month than all the other times in my life collectively. In fact, when I spoke at the WBA camp a few weeks ago, I was introduced as missionary Jamie Davis. It was actually a great lead in as my planned opening statement was the question, “What is a missionary?” I then quickly shifted to who is called to be a missionary. I opened with Matthew 28:19-20, also commonly known as the Great Commission. I went from there to Acts 1:8. From there, I went to Mathew 10:16. I finished the message at Luke 9:23. All of these verses are action verses.

As I was studying this week, James 1:22 really struck me. It says, "But be doers of the word, and not hearers only, deceiving yourselves." Hearing all the Scripture I mentioned above is in vain if what one hears isn’t impacting one’s life and transforming him/her into action. It’s one thing to come to church and sit through a message but a whole different thing to apply the message and live it out. Obviously, one can’t do it if one hasn’t heard (Rom. 10:14-15). Unfortunately, people limit what they are hearing to what is delivered from a pulpit once a week and then only that because it’s what they have always done. There is no application or transformation. The Scripture becomes void to those we encounter daily because we aren’t doing what we have been called to do.

I’m embarrassed by the fact that it has taken me 35 years for people to start viewing me as a “missionary” for the Kingdom of God. As a follower of Christ, it should be a title that is synonymous with Christian. It’s time for the modern church to stop being hearers only and to put action to God’s Word. How does the world view you? What titles would they attach to you? Are these titles honoring God and showing that you’re not only hearing, but doing? 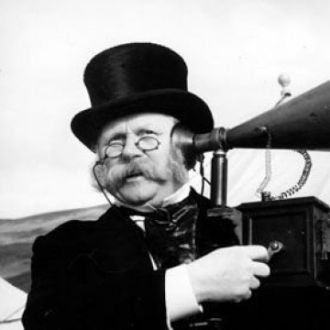 Email issues with this site to webadmin@sistersbaptist.org